Actor training is essential to empower you with the confidence and the focus to embody a character. And deliver it with an emphatic single-mindedness that delivers a strong character.

This usually manifests itself in an actor believing they have to make a clear concise decision on a line or a moment and pitch it out. Communicate it succinctly to the other character and by doing so, you connect to the audience.

In my opinion, this is for theater.

In the audition/ screen test studio, where I am seeing actor after actor, all of them the same gender, delivering the same lines, with the same eye line to the reader and with the same intensity; I am a different audience to your theater audience.

Am I allowed to call it dull without offending anyone? Hmm, perhaps not. OK, so it is not dull. It is simply predictable.

Remember I am seeing the same scene over and over again.

Audition day in an audition studio is Groundhog Day.

Let me say upfront, this concentration on delivering power and presence was exactly what you needed in Hollywood’s Golden Age of movie stars. And of course, every superhero needs these qualities. But if you, the supporting guy or girl – simply want to be noticed – a different quality will achieve impact.

Think of the stand-out screen actors and performances of recent times. Many times they were arguably the actor’s breakout role. Kristin Wiig in Bridesmaids, Ryan Gosling in Lars and the Real Girl, Andrew Garfield in Hacksaw Ridge, Naomie Harris in Collateral Beauty. Rebel Wilson, Michael Cera, and Jonah Hill in anything.

An alpha character has strong eye contact, stands their ground, steps towards a conflict or crisis. And this is how most actors in the audition space approach the delivery of their character. They immediately take the higher status.

If you find the justification and motivation for your character to be indecisive, to be two minds about a decision or a moment, to avoid direct eye contact, and fails to command the delivery of their next line …. Then we may be fascinated, intrigued.

You have come into the room and delivered a rhythm and character that has the potential to be disarming and appealing at the same time. And with these choices, you have left a lasting memory long after you have left the room.

What you have to be, is remembered.

Vulnerability and energy will deliver a lasting memory of you, better
than invincibility.

A leading casting director in Australia with over 38 years experience. Greg Apps has a reputation for consistently discovering new stand-out actors. 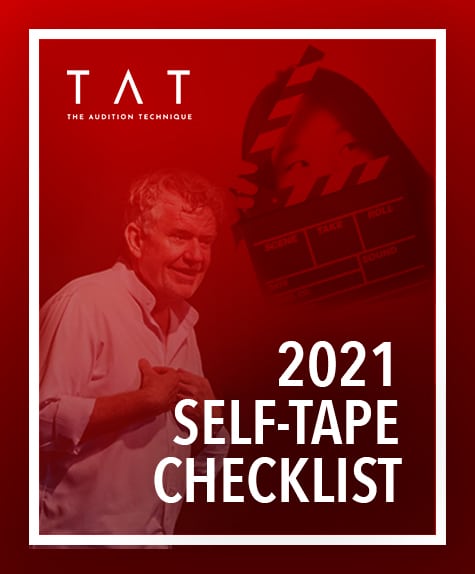 Make the most of 2021 with our Free Self Tape Check List- gain professional industry knowledge, tips for making your next audition your BEST audition, unique offers and discounts for our courses and more.

Note: You'll receive your Self Tape Checklist via email a few minutes after signing up.