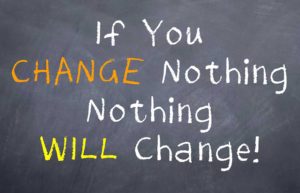 Greg and I have just returned from a quick break to Vietnam. It was an amazing smorgasbord of motion, colour and beautiful fresh food. But the most amazing thing that struck us was the change in their country in the last 10 years.

The most striking example of this was in Halong Bay – one of the 7 Natural Wonders of the World! And a wonder it is.

Though in the bay you can see what tourism is doing to the local environment and the local population. High rise buildings that weren’t even a concept 10 years ago, have sprung up along the coastal fringes, tourist boats galore bobbing in the bay and don’t’ mention the sight of plastic!

But I’m getting off point.

It’s the change that is so staggering. This is a country that has been gripped by war for generations. First it was the French, then the Chinese, then the Japanese for a moment, back to the Chinese and then the US.

Finally for the last 30 years they have had a stable government that is really starting to take this little forgotten beautiful country from a third world economy to a tourist mecca thriving economy.

They – the citizens and the government  -have had to change and change quickly. And they’ve managed to make a success of it (whether you agree with the knock on effects or not!)

We noticed that a lot of the older people were not tourist motivated (who can blame them) yet the younger ones were seeing the future and really embracing what the next generation could do with their new found independence from poverty.

It made me think about actors.

The digital age is changing the landscape at an exponential rate. Just look at what robotics can now do in the medical world, Artificial Intelligence (AI) and facial recognition.

It’s not dissimilar for actors. No longer do you have to wait for your agent to call for an audition.

It’s now the age of the actor.

You can take control of your own destiny, no longer having to wait for your agent to take the lead. Now I’m not saying you don’t need an agent. An agent I believe is imperative for any actor either starting out or on the actor journey. If you are well established then maybe not as much, but to the vast majority of actors you must have a good relationship with your agent.

Again, I’m getting off topic.

This is about you, taking control of your destiny.

Now due to the Digital Age, you have the opportunity to create a library of self tapes ready to show to your Agent/ Casting Director at a moments notice. You’ve heard there’s a new police series starting. In your library you have the perfect character to submit (to show them you are perfect for that series). Or a lawyer, or a bag lady or whatever.

This is now all possible by the digital/self tape era.

To be an actor you must not only understand the fundamentals of the changes taking place in an actors world, but more importantly how to implement them so that you can take advantage of the new digital era.

Our Self Taping School is all done digitally.

No class rooms. Just the connection between you and Casting Director Greg Apps. Yes, you can do the entire course in your pyjamas (though I’m not advocating doing your self tapes in your jarmies ☺)

Every week, you have 3 – 4 lessons dropped into your inbox, with a choice of script to deliver self tapes every week.

By the time you graduate we can guarantee you are a master of the self tape, giving you a new found confidence in the audition space. You also have a library of self tapes ready to go out and show those CD’s and Agents what you can do.

Our next Self Tape School launches Monday 8th July. Click here for registration.

We only have a few places left.

Gain access to free webinars, exclusive tips, course discounts and much much more!

Thank you for subscribing!